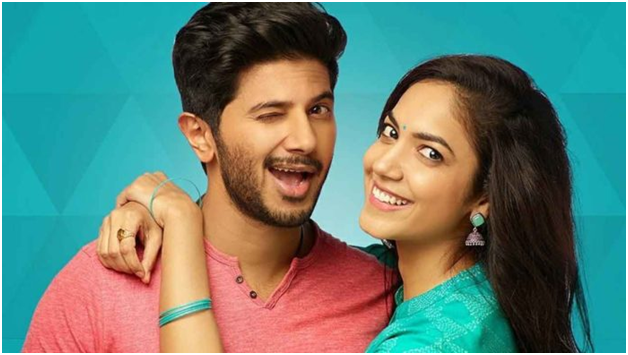 Aha Videos has been set up exclusively for Telugu audiences on OTT platforms. The organization was founded by renowned producer Allu Arvind. This platform offers not only blockbuster movies in the Telugu film industry but also exclusive new Telugu movies releases. As well as pure Telugu Web Series like Metro Kathalu, special programs like All Is Well with Suma also streaming exclusively on Aha. Let’s see how many Best Telugu Movies are placed in Aha videos right now.. !!

Dulquer Salman and Ritu Varma’s latest movie ‘KanuluKanulanuDochayante’. Directed by DesinghPeriyar Swami, the film was released before Covid Lockdown and was a huge success. Dulquer Salman and Rakshan appeared as youngsters who make money by committing online scams. RituVerma and Niranjani acted as their lovers. The film is a crime thriller about love and online scams. Director Gautam Menon plays the role of Commissioner of Police and the highlights of the film are the excellent action scenes.

Action crime thriller Arjun Suravaram starring Nikhil Siddharth and LavanyaTripathi. How did an ordinary journalist expose the fake certificates gang? The original story of the film is about the obstacles and situations he faced in this sequence. Nikhil Siddharth plays an ordinary journalist who works with the aim of becoming a journalist on the BBC channel. Director TS Santosh shows in detail how the lives of talented youth are being ruined by a gang of fake certificates. Arjun Suravaram is one of the best movies in Aha videos.

AdiviShesh is another fantastic film that has been making amazing successes on a very low budget with a variety of films. AdiviSesh, who started his career as a director in Tollywood, is bursting into Telugu with a series of hits as a hero. The suspense crime thrilling elements that take place in the case of the wife of a business magnate who killed DSP are wonderfully shown in this film. AdiviShesh, a police officer, Regina Cassandra, a business magnet’s wife, and Naveen Chandra, a DSP killed by a business magnet’s wife, played their roles brilliantly. Direction, cinematography, background score, crime thrilling elements are the highlights of this film. This is one of the best movies trending on Aha videos.

Bhanumathi and Ramakrishna was another hit in Naveen Chandra’s career. Released exclusively on Aaha Videos, the film has impressed the youth audience as well as the family audience. How did love arise between men and women with estranged kinship and conflicting mentalities? How did that love succeed? The director brilliantly screened the points. SaloniLoutra as a girl with ego and self respect, Naveen Chandra as a village boy acted wonderfully.

Krishna and His Leela

Krishna and His Leela movie starring Sidhu Jonnalagadda, Shraddha Srinath, ShaliniVadnikatti, Seerat Kapoor in lead roles is trending well in Aha videos. This is one of the best movies in Aha videos. The film is the story of a boy named Krishna who is torn between relationship and love. The director RavikantPerepu showed the film interestingly. The movie, which is much loved by the youth audience, is now one of the best movies in Aha Movies.

Apart from those, many watchable films are placed in Aha videos. So, visit aha videos and get full of joy now.